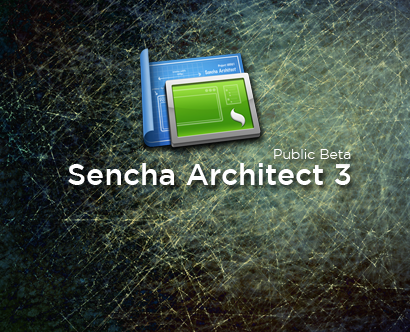 Below are the highlights from the webinar:

Architect 3 introduces Templates such as Master/Detail views, Maps, Search, etc., to help get a jump start on common tasks. 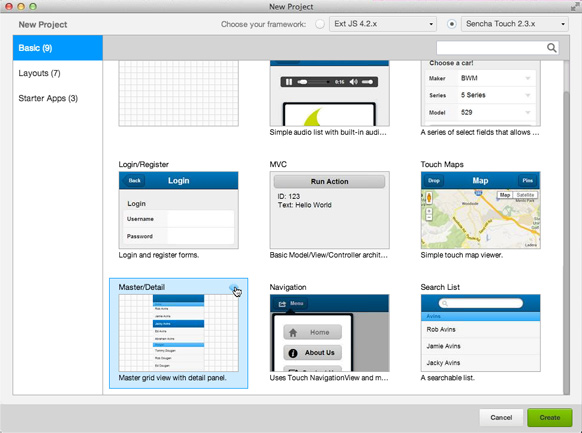 While choosing your Template you have the opportunity to select your theme (another new feature). 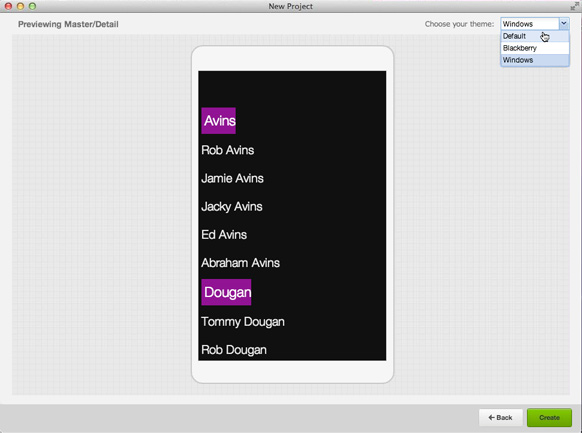 Some Architect users may have noticed that adding an extension/plugin resulted in Architect’s canvas (Architect’s WYSIWYG view) disappearing – with official Extension support that is no longer the case for extensions that adhere to the new Architect User Extensions format (.aux). You will now see your extension within your layout.

This new addition includes the ability to install extensions via Architect’s GUI as well as see the Extensions in the Toolbox and be able to drag/drop them onto the canvas. 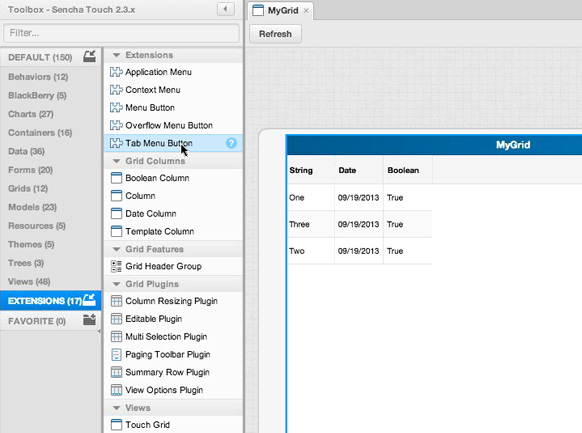 This is a welcomed addition – the previous version’s code editor was functional but lacked many features found in mature IDE’s – today they announced Code Completion. You can see the methods that apply to a given object with in-line help: 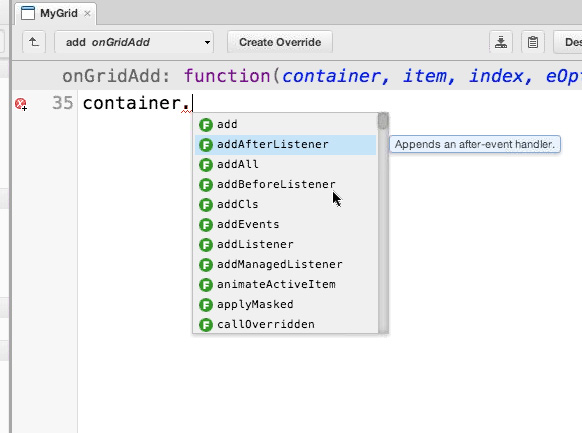 And, as you enter your code you will also get argument hints: 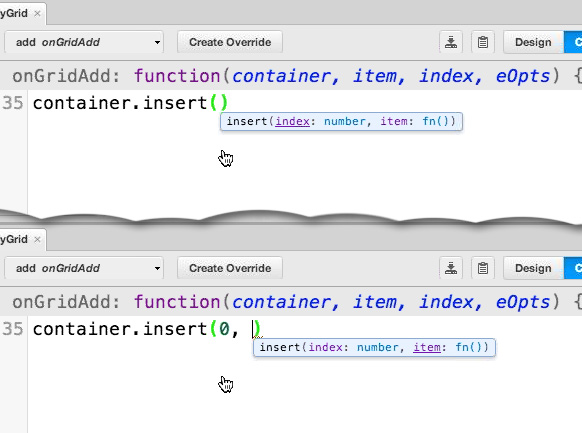 For code coloring there are two options – “light” and “dark” themes. Customization beyond these two are not on their radar at the moment.

Theming now exposes the SASS-based themes within the Architect GUI. 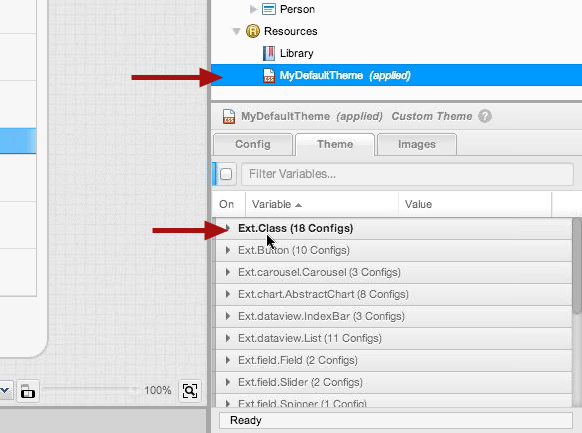 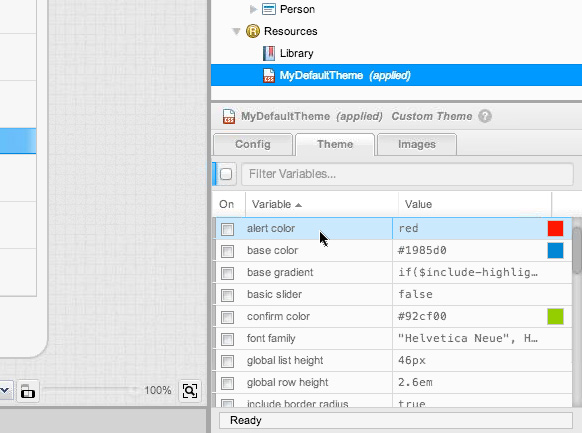 Edit a theme by, for example, changing a color: 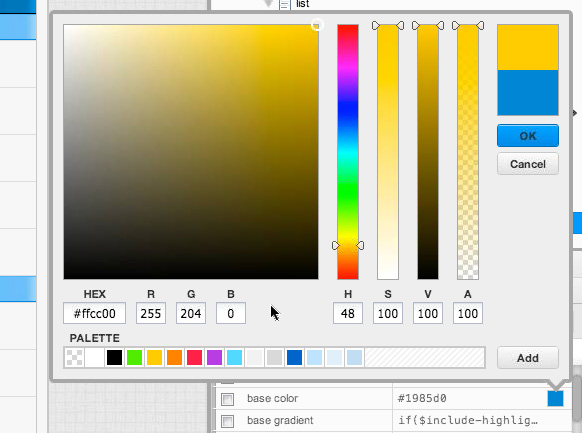 …and the SASS compiles behind the scenes.

Two new themes add native look and feel to your apps: “Mountain View” and “Cupertino” – Android and iOS themes respectively. Oddly during the preview of the beta these two themes were absent which the presenter recognized as an issue to be resolved by the product’s release. However, you can catch a glimpse of them in this Sencha blog post (which also mentions Sencha Touch 2.3’s closer integration with PhoneGap which apparently is already present to some extent according to Sencha forum posts).

Sencha has partnered with an outfit called appurify – Architect will hook into appurify’s system to show developers how their apps will look on specific mobile oprating systems and devices, including OS revisions. Remote inspection will also be provided. Appurify integration is not yet available for the beta but should be up and running within a couple of weeks.

Sencha says that Architect 3 has tighter integration with Sencha CMD with additional work to be done before the public release.

Architect 3 is in public beta starting today. Release is slated for the end of October.

Architect 2 and 3 can run side by side, just install to a different directory.

Sencha Architect 3 – $399, For Architect 2 users that drops down to $259 or for Touch Bundle owners its free – the discounts will be for a limited time.

Not part of the announcement but a reminder of this great resource: www.vimeo.com/sencha