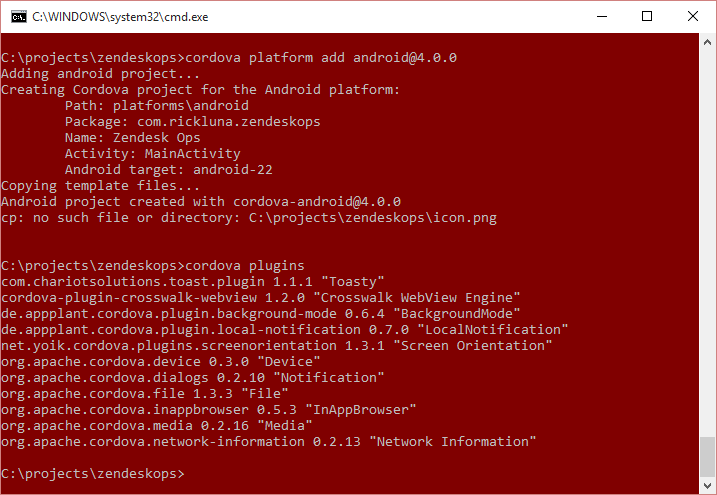 Disable Android Back Button in InAppBrowser

This is a quick hit – if you’re using the InAppBrowser plugin in your PhoneGap app on Android you may want the child browser to display without the location bar and the included “close” button. The PhoneGap docs explain how to do this well enough, however Android’s back button is still functional. If you tap it enough you will eventually shutdown the child web view which may not be what you wanted to happen.

An easy way to solve this is to just comment out the InAppBrowser function that handles the backbutton behavior. Locate InAppBrowser.java in your project and search for a function called closeDialog. Once you locate it just wrap a c-style comment around the body of the function and save.

If in addition to preventing the web view from shutting down you also want to have the back button function like a web browser’s back button then you need to be a little more precise with your edit. As before, locate the closeDialog. It should look like the code sample below – note the changes:

This worked for me on my HTC One M8 - but, I'm not a Java Developer so please look at the above with a critical eye. Let me know in the comment section below if you have changes to whats here!

I was setting up a Mac today for PhoneGap development and I ran into this error message while attempting to install Ripple: 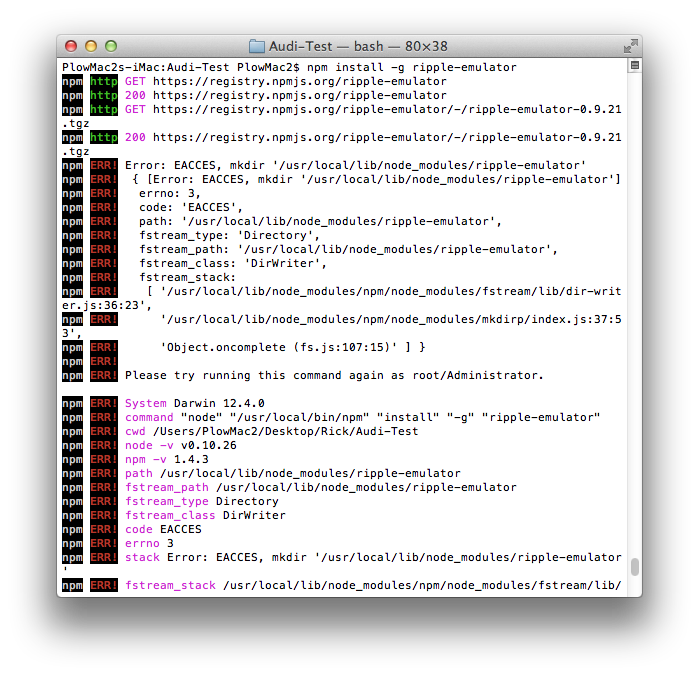 The solution is to change ownership of everything in /usr/local to the current user via the terminal:

You’ll be asked for your password after which the relevant files will be changed. As can be seen in the following image I succesfully executed the command and thereafter didnt have any issues installing Ripple. 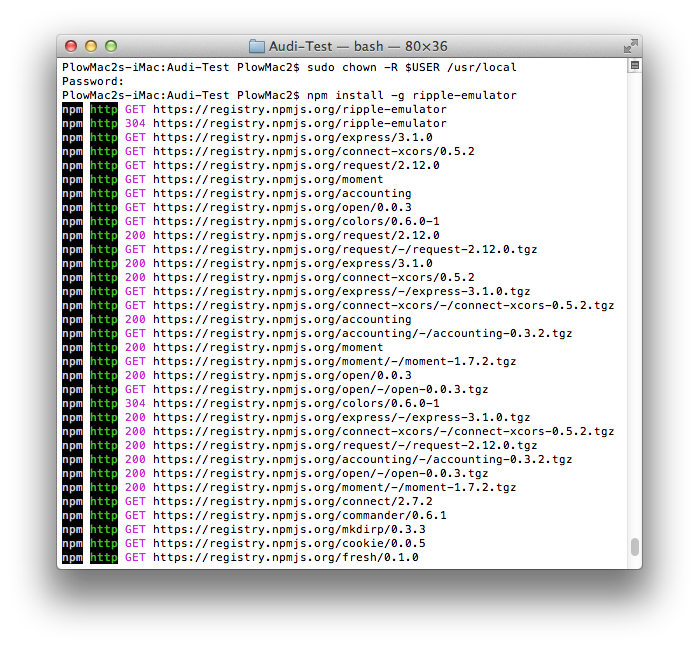 If you’re reading this you’ve been stung by the AdjustPan bug in PhoneGap – this is where the softkeyboard appears when one of your text fields gets focus but the view does not shift up to reveal the field that you’re attempting to type into. Setting the windowSoftInputMode in your application manifest to “adjustPan” should in theory accomplish this. Apparently no amount of XML / main activity settings will create the desired result so the average PhoneGap dev – one who is not a Java Developer – has to rely on whatever work-around the community decides to share.

Go here to read about the expected behavior of windowSoftInputMode’s “AdjustPan” setting. You may also want to read about the bug. Various posts I have read say that this bug seems to manifest itself because PhoneGap is running fullscreen (using a Fullscreen Theme).

To be honest, I *have* seen this work in an older project so it must be something that was introduced to Android after my last viewing of it.

In any event the community at large has provided a fix – after some Googling I came across this StackOverflow post:

The above gives enough directions to get started though some small points are left out. The missing step-by-step is why I’m posting today – I’m going to walk through the entire process and to touch briefly on the variant of the fix also posted in the above link. 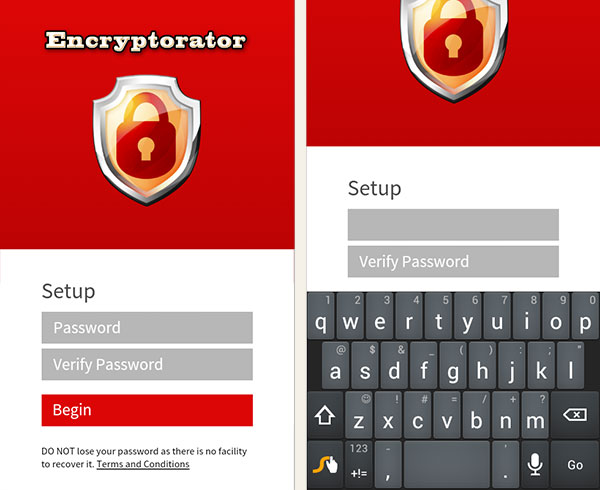 “AndroidBug5497Workaround” is the name of the class that defines the first fix. It works as advertised and in fact performs better than the variation of it on my Samsung Galaxy S2 (Android 4.1.2). This fix will bump up the display immediately with no delay or animation. The view stays shifted upwards revealing the element with focus until the keyboard is put away where the view then returns to normal.

The second example, a variation of the first, animates the view up but has a bug that shifts the view down to its default position after the first keystroke. Thereafter, it works fine. Again, I found the first example to be more reliable and in fact preferable to animating the view.

If you’re curious you can implement the second one and play with the animation time setting – look for the number “500” in the source. I assume it represents milliseconds.

Navigate to the root of your project

Locate your “src” folder. In a PhoneGap 3 Project it would be here (substitute the bracketed text for your own project-specific values):

Or in Eclipse you might find the “src” folder in the Package Explorer.

Create a new text file to hold the fix

Create a new text file. Then, go to the link given above and copy the source for the first AndroidBug5497Workaround example and paste it into your new text file – save and close.

Next, rename the file so that it matches the class that it holds and give it the java extension. It should look like this:

With a text editor open your main activity Java file – it was the first file you saw in your “src” folder and probably is named after the name of your app. Look at the top of the file – you are looking for line a that looks like this:

Its the only line that starts with the word “package” – copy that entire line and paste it at the very top of the other file – the one you’ve just created.

Add the fix to your main activity

Go back to your main activity Java file – you will need to paste this line after the super.loadUrl line: 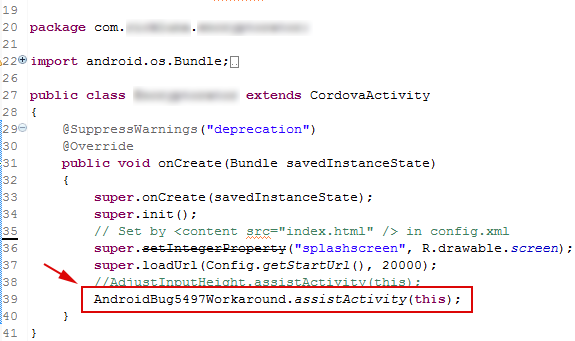 Thats it – If in Eclipse clean your project and try it.

If you want to try the other example (again at the StackOverflow link given at the top of this page) then just follow the same procedure but be sure to use its class name (AdjustInputHeight) as the name of the file and when adding to your main activity.